Credit rating following announcement of the business combination with Eurosic

Today, Moody's confirmed Gecina’s rating at A3 with a change from stable outlook to negative outlook though, waiting for the publicly announced disposals program to be realised to pull its LTV back below 40%. 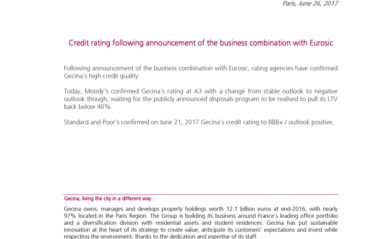