Gecina has today signed a lease with the Orange Group for an average firm period of 11 years covering 16,000 sq.m of the Sky 56 building in Lyon Part-Dieu. This 30,700 sq.m project is currently under construction, with delivery scheduled for the second half of 2018.

Considering the space let previously to Icade and Linkcity in 2015 (25% of the space), the pre-letting rate is now up to nearly 80%. In view of the on-going talks, Gecina is confident that it will be able to let all the remaining space.

The rental conditions agreed on with the Orange Group are in line with Gecina’s expectations. Factoring in all the space covered by this agreement, the space already pre-let in 2015 and the remaining vacant commercial units, this building is expected to generate almost 9.3 million euros of full-year rental income, with a net yield on cost of around 7%.

The pre-letting of this building, more than 18 months before its delivery, supports Gecina’s firm belief in the locations of the various real estate projects within its portfolio. This letting also confirms the Group’s confidence in its ability to effectively manage the rental risk on development and redevelopment operations within its pipeline, in Paris and Lyon’s core business districts.

This iconic operation illustrates Gecina’s strategic ambition to create value by gradually rolling out its project pipeline, valued at 3.7 billion euros at end-September, with 1.2 billion euros of projects already underway and primarily scheduled for delivery in 2018.

On this operation, Gecina was advised by JLL and the law firm IC-Avocats (Maitre Marlène Benoist-Jaeger). 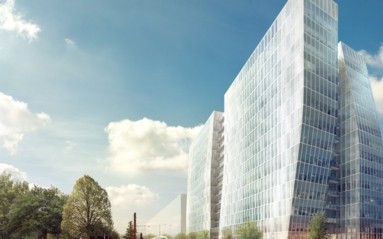 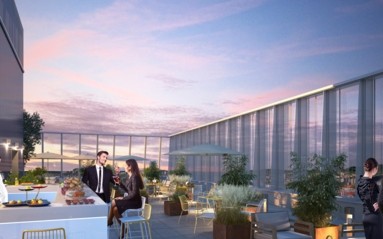 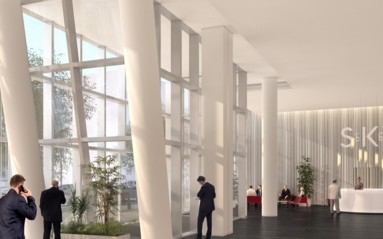