Béatrice Judel joined Gecina as Head of Transactions and Marketing for the Residential division on September 1, 2018. She will be part of the Management Committee, reporting to Franck Lirzin, Group Executive Director Residential. Béatrice Judel, 52, is an ENSMA engineer and has nearly 30 years’ experience in marketing, communications and sales roles in the real estate, tourism, media and transport sectors. From 2013, she was Marketing, Digital and Communication Director for the Pierre&Vacances-Center Parcs Group’s real estate branch. 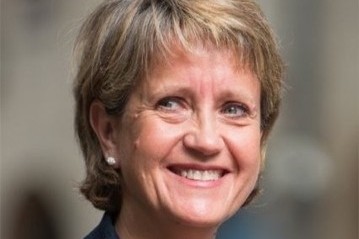 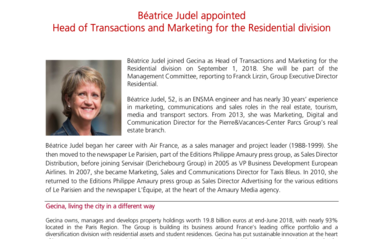