New threats, with climate change at the forefront, are focused today on cities and their inhabitants. How can we plan ahead for them? What are the key factors for resilience? For the geographer Magali Reghezza-Zitt, the guest for this final episode of The Urban, Gecina’s podcast on urban lifestyles and the city, it is no longer enough to simply bounce back. We need to know how to prepare for shocks while taking into consideration each city’s specific features and history. To listen to the second episode in French with English subtitles, play the video:

“Resilience can also be an opportunity to stop, come together and talk about what we want to achieve in order to learn from the past and try to better prepare for future shocks.”

“Disasters, when they occur, will reveal preexisting inequalities. Often, vulnerabilities are rooted in deep inequalities, which are not only economic, but also social.”

“What is fascinating is that within resilience, we find this capacity for reinvention, innovation, creative destruction, to a certain extent.”

“A city’s resilience is often secured to the detriment of the resilience of its stakeholders, in other words its individuals or communities.”

Urban territories are at the heart of resilience and climate issues: we need to reduce their impact on the environment, while mitigating the consequences of global warming for our cities. In the company of the geographer Magali Reghezza-Zitt, this fifth and final episode from Season 2 of The Urban looks specifically at the climate risk and bringing nature back into cities. Magali Reghezza-Zitt sets out some ways to move forward to understand these risks and prepare for them more effectively, while factoring in each city’s specific characteristics and history.

Natural spaces in cities also seem to help reduce mortality. According to the findings of a study published on April 28, 2020 in The Lancet looking at the example of Philadelphia’s canopy. The Urban reports on this here.

In this fifth and final episode of The Urban, we also hear from the physicist Geoffrey Brian West. His theory? Cities are subject to the same laws as living organisms. 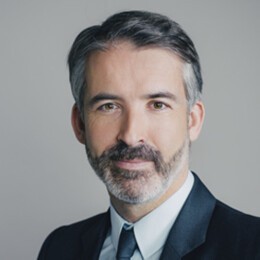 Julien Landfried, 41, graduated from HEC Paris in 2002 and began his career as Marketing Director with the CFPJ school of journalism. He later moved to Ineum Consulting...