Solidly positioned in a recovery context Upturn in rental transactions in markets focused on centrality and scarcity

Solid prospects for the short and longer term 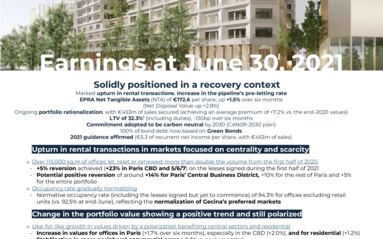