In exchange, Gecina is selling two fully-let mature office buildings in Neuilly and Paris for a total of €238m excluding duties, with the price differential covered by a balancing payment.

With this operation, Gecina is selling:

Méka Brunel, Chief Executive Officer: “With this major transaction, based on an asset swap, the Group is further strengthening its future value creation potential in the Paris Region’s most central sectors. It illustrates Gecina’s know-how to capitalize on investment opportunities in a particularly competitive market, especially in the centrality sectors that are highly sought after today”. 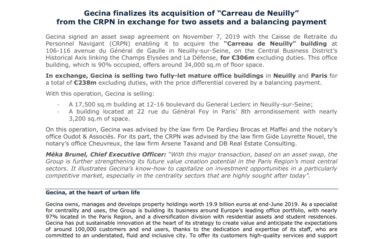 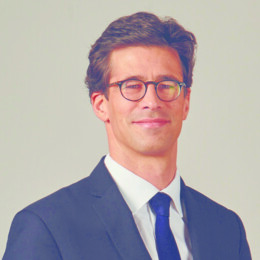 Romain started his career with Morgan Stanley in 2004, then moved to MGPA as Head of Acquisitions France. He joined the Norwegian sovereign fund, Norges Bank Investment...