Business at March 31, 2018: lettings and pre-lettings accelerated, and sales program rolled out

Strong lettings performance in a buoyant market for central sectors

Continuing to optimize the balance sheet

Gecina reconfirms its 2018 targets with confidence 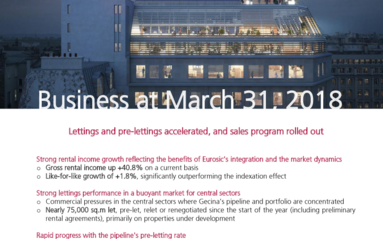