Improvement in performance expected for 2022 and 2023

€541m of sales completed or covered by preliminary agreements at end-September 2021, achieving an 8.1% premium versus the appraisal values

Solid prospects for the short and longer term 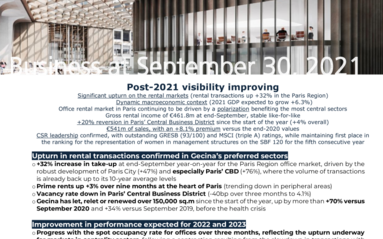