Each year, the Carbon Disclosure Project (CDP), a leading international NGO in the climate change field, assesses the transparency, commitment and performance of major listed companies in terms of the fight against climate change. Gecina is one of the 22 French companies included in the CDP A List of climate leaders this year.

This A rating recognizes Gecina’s strong performance, reducing its greenhouse gas emissions by 32% on average compared with 2008, in line with its target to be carbon neutral by 2050.

To take on board the energy transition that is impacting the real estate industry, Gecina has rolled out a range of actions in the last few years to reduce its portfolio’s carbon footprint, including:

“Our achievement of the maximum score in this leading climate change ranking is very encouraging for a real estate group like Gecina, which has made low carbon one of the four priorities within its CSR policy. It illustrates the relevance of our commitment to reduce our greenhouse gas emissions by 60% by 2030 compared with 2008 and our target to be carbon neutral by 2050”, confirms Méka Brunel, Gecina’s Chief Executive Officer. 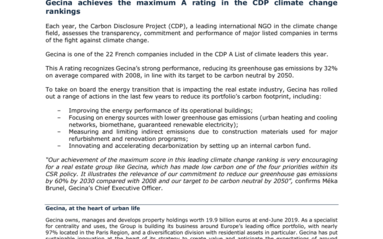 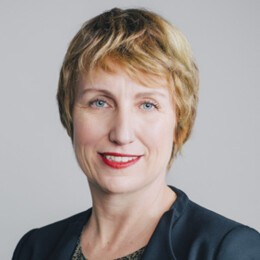