Gecina stands out in particular for the indicators concerning individual pay rises, promotions and the percentage of staff awarded pay rises when returning from maternity leave, achieving the maximum score. Gecina is also continuing to reduce any pay gaps between women and men, with a score of 39/40 for this criterion. Gecina has achieved recognition for its proactive policy promoting gender equality for many years. Its strong actions include remuneration, recruitment and the representation of women in the company’s executive management structures.

Since 2011, Gecina has been committed to significantly reducing pay gaps based on equivalent skills with a dedicated financial budget. Equal pay has been in place since 2015, with differences of no more than 3% in either direction.

2020 was marked by further progress with developing the representation of women in leadership positions. In one year, the percentage of women in Gecina’s Executive Committee increased from 40% to 45%, with five women out of 11 members. 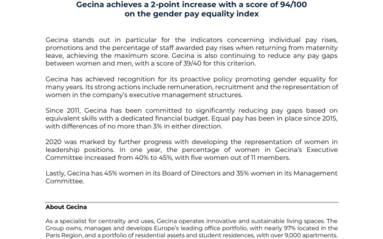 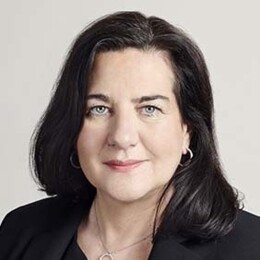